This year, we celebrate the 70th anniversary of the establishment of the United Nations Universal Declaration of Human Rights.

The Declaration was the first step in the process of formulating the International Bill of Human Rights. These are the world’s key human rights charters and regulations.

The reason we have our Conventions and laws is that, 70 years ago the world was still waking up from the nightmare of the Second World War. In that obscene period hundreds of thousands of people had their basic rights removed or obliterated – their right to life and health, and to being treated with dignity and as human beings. The women and men who gathered in New York in 1948 to draw up these new laws were not motivated by a desire to develop a complicated legal structure but by the overwhelming passion that humanity could never ever again go back to where it had been in the 1930s and 40s.

Although it’s easy to think that human rights are a complicated legal code or set of rules, they are first and foremost about people. They are in some senses very ordinary.  They are an inherently commonplace set of commitments about how we should live and relate to one another.  They are statements about what it means to be human.

The problem is that we have forgotten the ordinariness of human rights, and we’ve turned them into something which people study, lawyers ponder and politicians debate. We aren’t sure what they are or what they mean.

A few years ago I carried out an exercise in which I asked a group of residents in a care home what they thought of when they heard the words human rights. Their responses were probably reflective of the good and bad press that human rights has wherever you might ask that same question in Scotland today. Some of the responses were negative, others were positive. A not untypical response came from one woman who said – ‘That’s all these rights that stop us from sending terrorists back to their own land.’’ Others were, however, very clear about the relevance of human rights to them. ‘Listen son,’ one older man said. ‘I lost my best friends in a war which was about human rights – though we didn’t use that word then. That’s the world I was fighting for.’ An older woman said to me after some quiet reflection, ‘Human rights – aren’t they about just being human after all.’

It might strike you that human rights aren’t really an issue here in Scotland, that there are very rarely instances where the lives of individuals are under threat, or where they are being abused or oppressed.  But unfortunately there are times when human rights are being restricted or abused right under our own noses, in our own nation and communities.

There are times when, as much by neglect as by design, our human rights are being ignored or downplayed. Such times might include when we grow older, when we develop life limiting conditions or indeed when we move from our own home into hospital, supported accommodation or a care home.

Over the last few years Scotland has led the way in a whole range of efforts to make human rights ordinary, make them the concern of citizens, and in every sense to make them commonplace. One of the really positive developments that has taken place in the last couple of years is the introduction of the National Care Standards. They are a set of practice principles by which every Health and Social Care Service should be delivered. Their emphasis is upon how you, the receiver of care and support, the citizen, should experience and feel about that care. Does it enhance your dignity? Are you being listened to and heard? Are you being treated with respect? Are you able to exercise as much choice and to take as many decisions as you can? These are not always easy questions to answer and not all services are as good as they might be about enabling rights to become real in the delivery of care and support.

Several months ago the Life Changes Trust, in conjunction with Scottish Care, established a £300,000 grant scheme to offer small grants to support care homes to explore how they can better support human rights in the care and support of residents who are living with dementia. Dementia can be a frightening condition, with loss at its heart – loss of identity, loss of confidence, loss of relationships – and it can be all too easy for an individual to lose their sense of being in control, of being able to make choices, of exercising their own human rights. The Making Rights Real project is about turning that on its head. It’s about helping staff in care homes, families and individuals, recognise the role that upholding and advancing human rights can play in supporting and caring for people at very vulnerable points in their lives.

Seven care homes have been selected for the initial phase of this funding. Representing care homes from across Scotland and from very different communities, the projects which have been funded are equally diverse.

People who enter care homes or indeed people in the latter stages of living with dementia do not give up their rights when they grow older. There are still ways in which they continue to contribute to their families and their communities. These exciting projects are about trying to find new, creative and innovative ways in which the human rights of some of our most vulnerable citizens can be better supported and enhanced.

Human rights lie at the heart of quality care and support which puts the individual at the centre of all that happens in a care home. They aren’t about compliance or ticking boxes. They are all about relationships. The work of embedding and realising human rights is about re-orienting the way we care for and support others. How can I get better at hearing from you what it is that you are trying to communicate to me? How can I get better at understanding that you have needs which are unique to you? How can I learn to let you take charge even when you have been diagnosed as having no ‘legal capacity?’ At their best, human rights are a dance, where the carer learns to listen to the rhythm and movement of the music which the person being cared for uniquely creates. This is the stuff of making human rights ordinary and yet, at the same, time extra-ordinary.

I sometimes think we have lost the power to listen deeply to the unique rhythm of every human being, to listen to the story and song which a person has created throughout their living and to hear the direction and movement an individual wants to take. It is much easier for us to think we know what someone needs, to finish their conversation, to direct them where they should be going.

At its best human rights is a new dance, a new language, a new song – not of law and legislation – but of relationship, where the individual and their humanity, is the centre of our caring and community.

The pioneers who created the United Nations Universal Declaration of Human Rights had a dream of creating a world where human rights would become commonplace and ordinary. The Life Changes Trust grant scheme is a remarkable contribution to making Scotland a place where everyone, regardless of place, condition, background or behaviour, has their rights respected and supported. It will be an enjoyable dance of rights made ordinary. 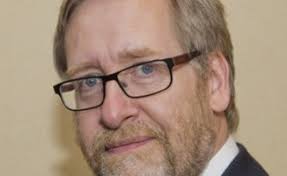